I’m gonna be real transparent with y’all. I have literally been dreading turning 30. It’s literally this ever approaching reminder that I don’t have my life together all wrapped up in this pretty little package.

There’s so much pressure to either be established in a career or be raising a family at 30. As I turn 30, I will have neither of those things. I decided to go back to school at 27 to get my cosmetology degree. I decided a couple months ago to uproot and move to a brand new place and start all over in my career. I am single, and I have no kids to raise.

If I linger too long listening to these societal norms of who and where I should be in life- I begin to feel insufficient, less than, or that I’ll never measure up. Then, I begin operating in fear- mostly fear of the unknown.

This song speaks true. Fear will steal your joy if you let it, but fear is a liar.

This life is a journey, and it was never meant to be all wrapped up in a pretty package. Life is messy, but there’s beauty in the journey. Don’t let fear steal your joy. You are enough. You have always been enough. You are right where you are supposed to be. You are one day closer to those goals today than you were yesterday.

Don’t give up, and don’t give in to the fear of the unknown. You are worth more than you could imagine. You are right where you are supposed to be.

: “Hustle until you no longer have to introduce yourself.”
: “Stay humble. Hustle hard.”
: “In the end, they will call you a lot of things. Just make sure hustler is one of them.”
: “Good things come to those who work their asses off and never give up.”
: “The dream is free. The hustle is sold separately.”

I worked really, really hard- both in beauty school and in the industry thus far. I’ve been able to do a lot of things that most newer stylists haven’t even had the opportunity to do. And I’m proud of myself for that.

Yet, here I sit, in another state about to begin the building process again and reflecting on everything so far.

Y’all, I was exhausted and burnt out, and I didn’t even realize it. I was working a full time job in fast food that I hated and working 3 days a week doing hair in the studio. I was walking around like a zombie. I was feeling uninspired and trapped in a job I hated because the bills still had to be paid. I was still pushing through and “hustling”, but at what cost? I had already been in one car accident because of exhaustion.

There’s nothing wrong with working hard and achieving goals, but our focus has to be on the right things. My hustle became about being a successful hairstylist, and I was burnt out. I’ve had to shift my focus. My hustle is actually about making sure every person that leaves my chair feels beautiful and empowered, and there, I find my purpose.

What are you hustling for?

I never in a million years planned to move to Ohio. I was content to be right where I was working to build my clientele and try to better my own life. Michigan was the place for me, and things were beginning to pick up at the studio.

I was missing my dad, and I decided to visit my parents in Cleveland. We were driving around the town of Hudson, and I distinctly heard God’s voice: “You need to move here.” Oh okay- let me get right on that.

First of all, moving to Ohio would mean moving back in with my parents. I hadn’t lived with my parents since I was 21. That would be a major adjustment for me, and I just wasn’t sure I wanted to do that again.

Then, there’s the fact that my parents have moved a lot recently. In the last several years, they’ve moved to Alabama, Virginia, Columbus, and now Cleveland. Like, what’s to stop them from moving again in another year or two? I really had to sit down and have a heart to heart with them. I didn’t want to uproot everything, just to be in the same situation a year from now if they decided to move.

Then, I started questioning, “God, was that really you? Did I really hear your voice calling me to this?”

And then, there was more questioning, “God, why would you lead me to move to a place where I know no one? I’ve worked so hard to build the clientele I have. Why would you ask me to move? That’s gonna be too hard. I’d be starting over completely in a place where I literally know no one except my parents. How could you want that for me? I thought you wanted me behind the chair here.”

But you know what? I think my biggest concern was leaving my clientele behind and giving up my dream I had in Michigan. I wanted my own studio badly. I built connections with my clients and most became friends. Who would do their hair if I wasn’t there? I didn’t want to disappoint them. I didn’t want to disappoint the girl who was so gracious to share her suite with me.

Y’all, I’m talking major wrestling, but I still felt like I was being led to Ohio. And then, it happened again. I was sitting in church that next weekend and heard God’s voice even more clearly: “Sacrifice what you have built, and I’ll show you what I can build.”

Well, dang. How can you argue with that?

So here I am in Ohio. 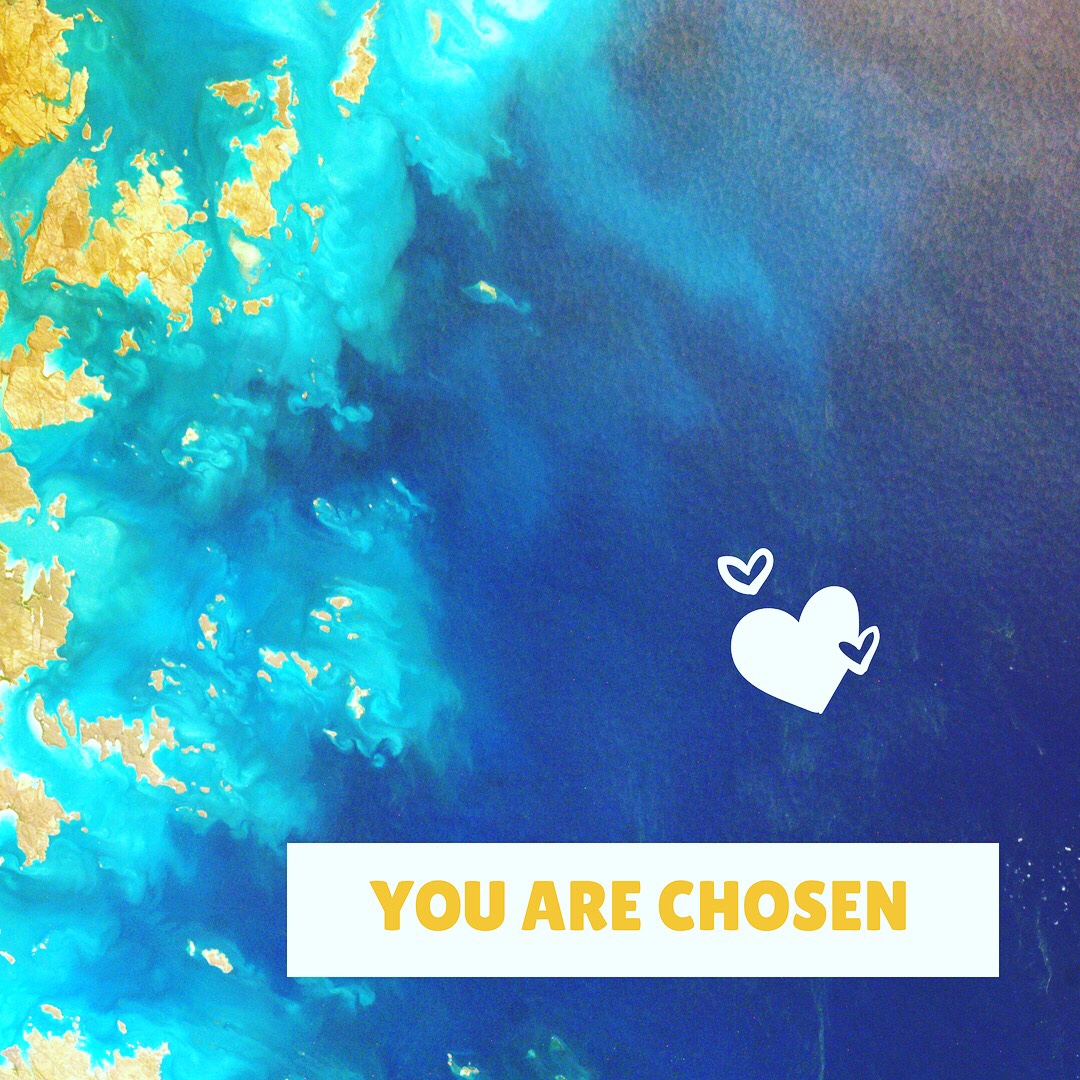 As we were walking around exploring the area, we found this neat little Apothecary and essential oils shop in Hudson, OH. I wanted to buy a lot, but decided to try out this facial bar:

It’s made with charcoal and tea tree oil, and I really do like it! The bar itself is super cute with the little heart, but it’s definitely helping with clearing up my skin. 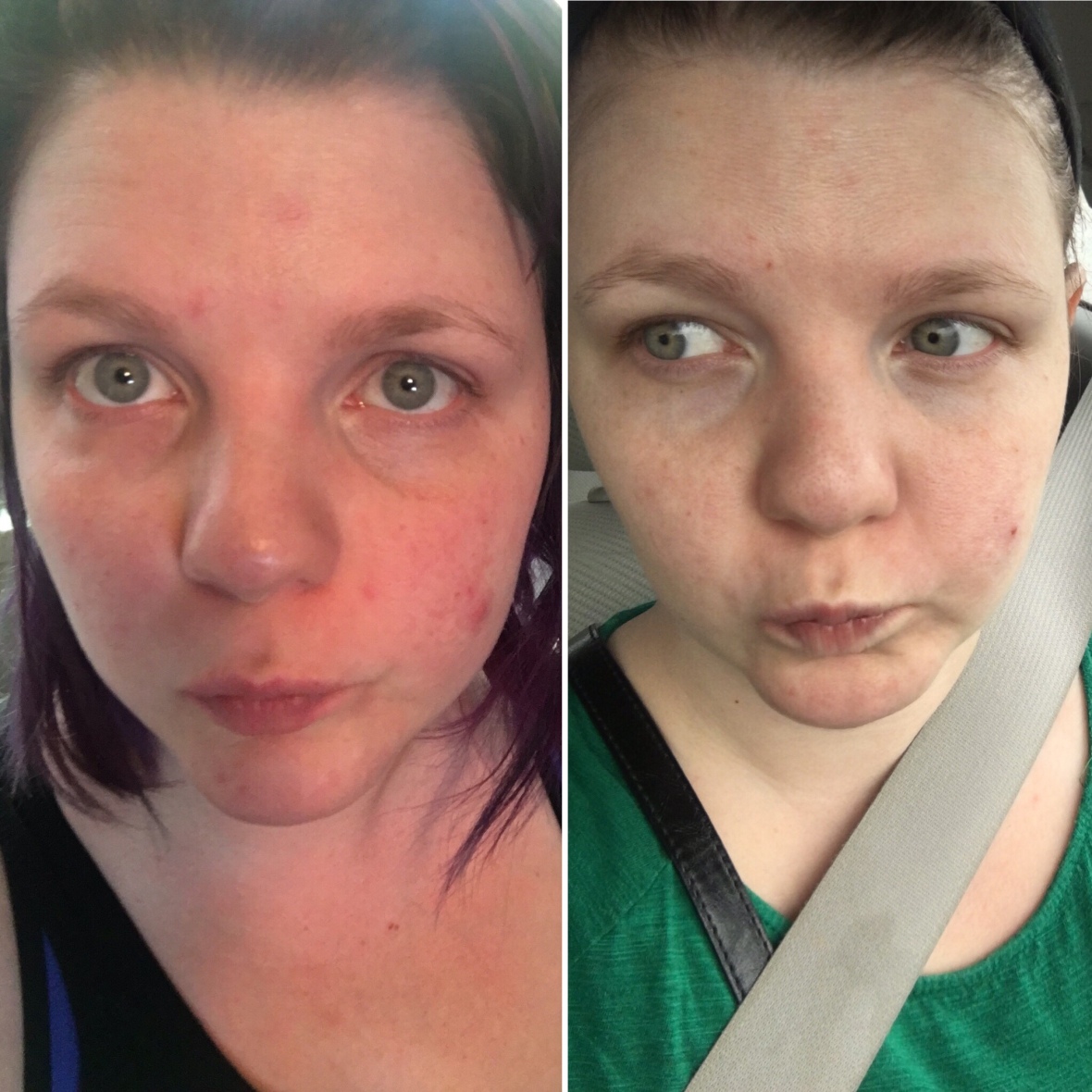 It’s only been a couple days and I can tell a difference already. ❤️

You can click here to visit their website, and see all they have to offer. They were telling us that they ship their products all over the country and around the world.

Have a beautiful day!

Y’all! My poor seats have seen it all. Kids, hot chocolate, coffee, or pop, and you know the rest. I can’t possibly be the only one with seats that look like these:

I’m so glad to be at a point in my life where I can budget a little money from my paychecks for spending money.

I think my car appreciates it too. 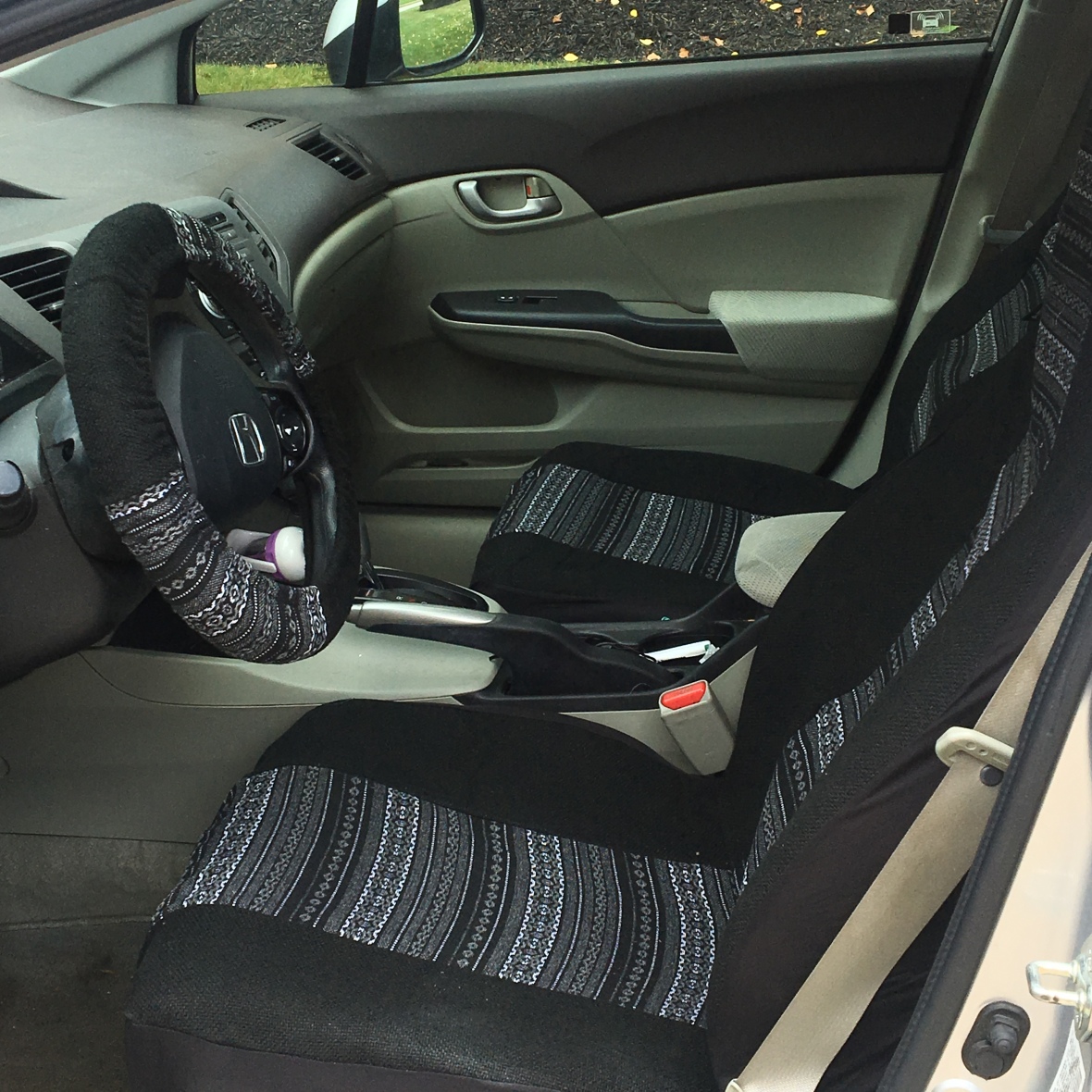 I’m loving these seat covers I got from Walmart, and they were only $25 for a 5 piece set. It came with that matching steering wheel cover too. ❤️ I got on walmart’s website, but they don’t carry this particular set online.

This set was a close second though. I decided if I wanted to get a bench seat cover, the one I got would probably match better. I just hadn’t budgeted enough to get the other sets that came with the bench seat cover as well.

I want to replace my floor mats next. Any recommendations?

You are strong. You can do this. Push through.

Semi-permanent fashion colors are stains for the hair. You don’t mix them with any developer, and they are created to sit on the outside of your hair. Just know they are meant to be a stain on the hair.

1. Scalp Stains. These colors can stain your scalp. In a shampoo or two, the color should come off of your scalp, but you might just have to embrace it until then.

2. Pillow Stains. Make sure you have black or dark pillowcases. The color will get on your pillowcases. Never go to bed with your hair wet or the pillow stains will be even worse.

3. Bathtub Stains. In the first couple of shampoos after getting fashion colors, you will see a lot of color rinsing out of your hair. It can stain your bathtub.

4. Neck/Face Stains. When you lay on your hair at night, you will stain your face and neck. The fresher the color, the worse the stain. Yet again, do not go to bed with your hair wet or these stains will be even worse.

5. Cold Water. Wash your hair with as cold of water as you can stand. This will help your color from fading as fast.

7. Dry Shampoo. Dry Shampoo will be your very best friend to get you through more days in between hair washing. My favorite is Big Sexy Hair’s Volumizing Dry Shampoo of the ones I’ve tried thus far. It doesn’t leave me with a white powder residue on my part, and doesn’t leave my hair matted against my head like most do. Make sure you follow the instructions on the can.

8. Sulfate Free. Use only Sulfate Free Shampoo and Conditioner. This will help the longevity of your color, as well.

9. Refresh Color. You can use products such as Viralwash and Overtone to help the longevity of the color, or I have seen stylists send home “color bombs” with clients, as well. You’d have to ask your stylist if it’s something they offer. If you use the Viralwash shampoo or Overtone, make sure you’re using a moisturizing, sulfate free shampoo and conditioner, as those products can be drying to the hair. 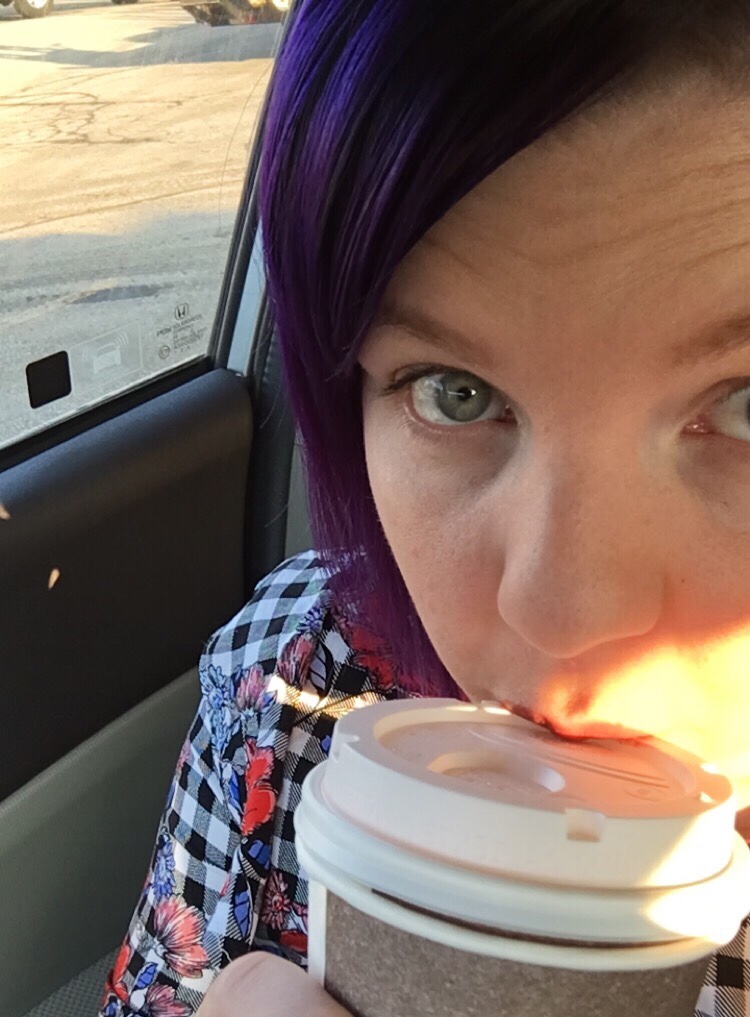 Feel free to reach out if you have any questions or comments!

One of the biggest things my mom used to tell me while looking at houses was look past the paint and the hardware; those are the easiest and cheapest things to fix.

This was the bathroom on the main floor when my parents originally looked at the house.

I know this is definitely some people’s style, but I couldn’t see past the gaudy gold everywhere. 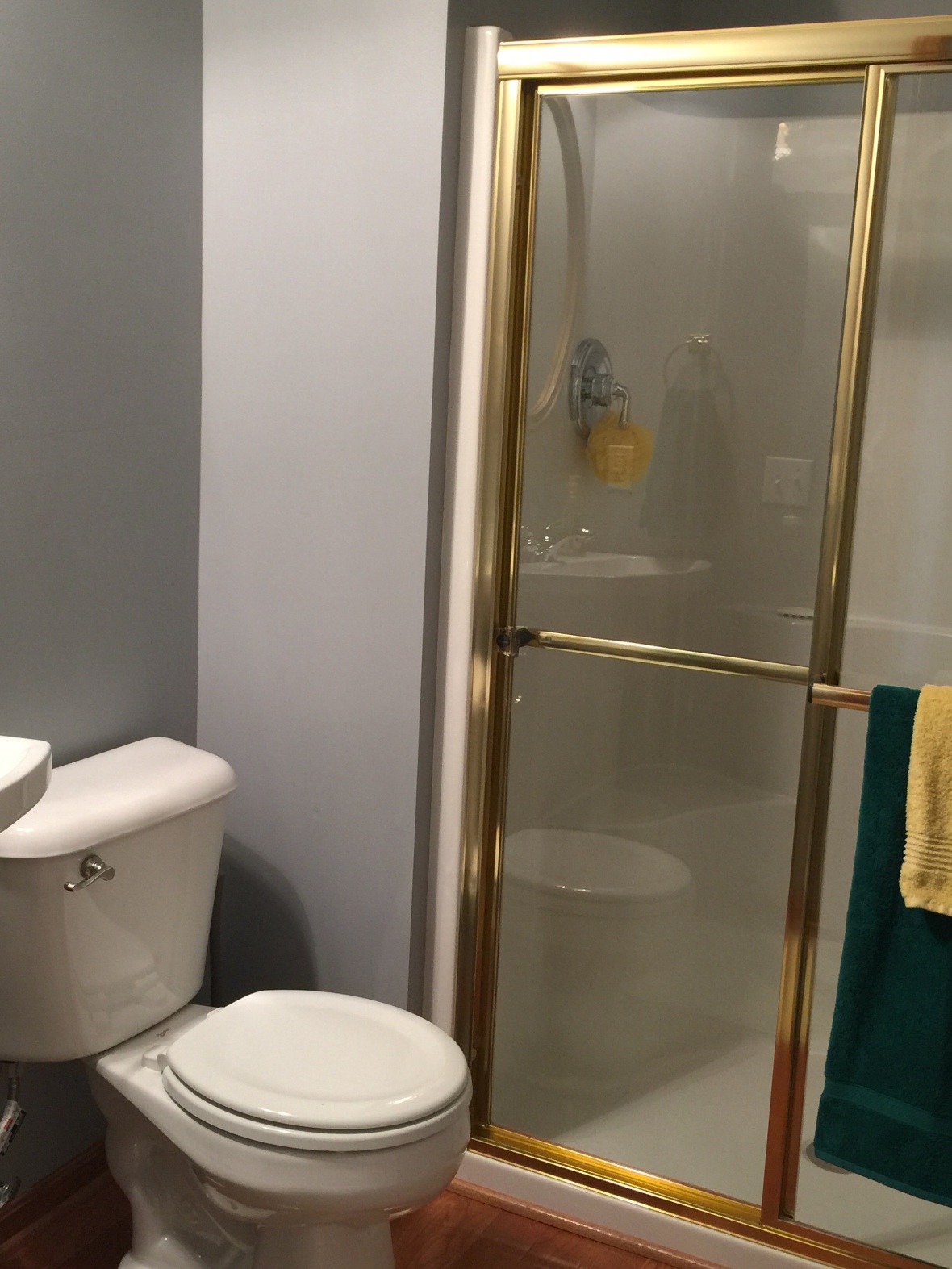 Y’all! It’s amazing what paint and a new fixture or two can do. 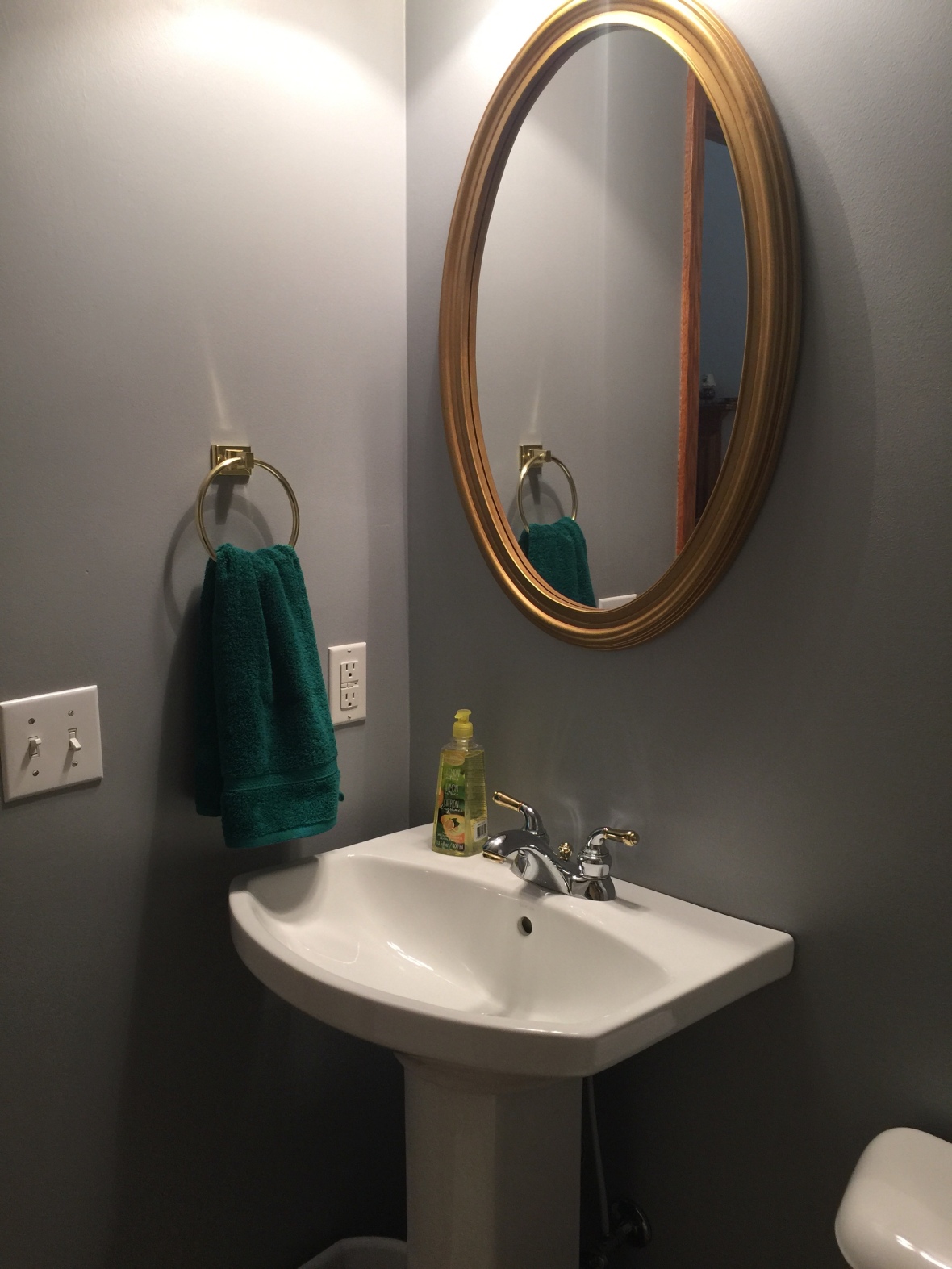 This is way more my parents’ style. They’re style is more contemporary or mid-century modern.

And you know as they say, grey is the new beige! 💁